What’s it like being mum to an Olympic Gold Medalist?

With Mother’s Day approaching this weekend, ZAAZEE caught up with Gill White, mother to Olympic Gold Medallist Nicola. The Oldham-born star helped the Great Britain hockey squad win Gold at Rio 2016! We met both Gill and Nicola at an events award last winter and have kept in touch.Here’s her story.

My name is Gill White, or more commonly I’m known these days as Nic’s mum. I’m a proud mum of three, one of which is an Olympic Gold Medalist. My daughter Nicola White is a hockey player for England and Great Britain and was part of the squad that won gold in Rio 2016.

“As a parent you always want your children to be happy and successful but having an Olympian in the family takes things to another level.”

Proud doesn’t really do justice to how you feel and the level of nerves and excitement you go through watching from the sidelines takes you on a huge roller coaster ride of emotions.

Nicola joined the GB programme in 2009 training full time in preparation for the London 2012 Olympics where they won bronze. They’ve just gone from strength to strength and with their success brings interest to hockey.

Winning bronze at the London Olympics really put Nicola and the girls in the spotlight. Although you may say it’s only bronze, with being a home Olympics it felt like a gold and hockey got some well deserved attention. The emails and appearance requests started to flood in. We couldn’t believe how much interest there was and Nicola just couldn’t keep up with it all, so as with all children the call for reinforcements came to mum. I gladly offered to help, not really realising the enormity of what I was letting myself in for. Four years on, winning gold in Rio has just added to the list of requests and sponsors which is wonderful for Nicola and the sport.

From a young age Nicola always showed talent in all sports but at the age of 7 fell in love with hockey. She joined her first club Saddleworth hockey (now merged with Oldham HC) at the age of 11. With school sports, club hockey and now county training there wasn’t an evening free nor a weekend and then adding regional training on top it seemed that the whole families life revolved round the hockey. Not forgetting her piano and dance lessons to fit in also. But that is what it takes for children to succeed. If you yourself are not prepared to put the effort in for your children then who is? 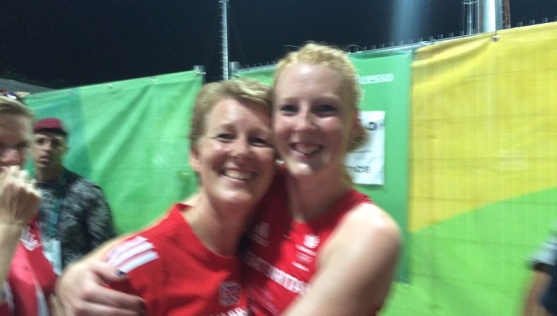 To be or not to be a pushy parent?

To achieve sporting success you need to start at a young age and I hope I have been a supportive parent and not a pushy one. The endless list of training schedules. The endless paying out for training, matches, memberships and kit. Having sat on many cold evenings and weekends over the years with my lunch box, paper and flask in the car or stood freezing at the side of a hockey pitch waiting for training to finish you do all this out of love and I certainly wouldn’t have changed anything.  But then those repetitive journeys started to pay off and when I see Nicola walking out onto the pitch representing her country it’s a wonderful feeling.

Rio has got to be the highlight of Nicola’s career so far. I was lucky enough to be out there supporting them and from the start of the games you could see a determination and calmness that seem to flow through the team. I can’t say it wasn’t nerve-racking at times and the enormity of what they achieved was a feeling I have never had before. The Dutch team went in to the final as favourites, as they had won the last two Olympics but I think this is the first time I felt that Great Britain were a match for them and hoped this would be their time.

When the final goal was scored in the penalty shootout, that moment seemed to just freeze in time. In my head you just question “did that really happen?” It was like it wasn’t real. Although we had won a European gold the previous year, winning an Olympic gold seem to be on a whole new experience It was surreal. The elation for me was overwhelming. The whole family was in Rio and experienced that moment which made it even more special.

My two boys have been amazing through Nicola’s Olympic journey. As young children I tried to make sure I shared myself between all of them and that certainly was a challenge, but seeing their faces when she won that gold medal said it all to me. They were so proud of her which sort of confirmed to me I had got it right, just pure pride at her achievement.
Like Nicola I had no idea of the scale of support back in the UK. We knew it would be big in the hockey world but to be picked out as the highlight of the games and 9 million people watching the final you could not have predicted that sort of interest and excitement.

Coming back with GOLD

Coming back home everyone wanted a piece of the girls. It was so hard for them all, they didn’t really know what to do. This was something that they hadn’t prepared for. On seeing Nicola’s inbox I just told her not to look at it and leave it all with me. You could see she was so overwhelmed.

Nicola went on a well-earned holiday to Vietnam for two weeks and that gave me enough time to get some structure to her schedule and relieve the pressure on her.  For the past 6 months Nicola has done more that 100 appearances from schools, sports, business and charity events after deciding to have some time away from playing hockey and enjoying the moment, using the momentum to promote hockey, sport and a healthy lifestyle.

All of this has been arranged and coordinated by myself and at times has been very stressful. I feel it is a huge responsibility for me as what decisions I make and things I arrange has reflection on my daughter and I can’t afford to get it wrong, but I would rather myself take on that pressure and allow Nicola just to enjoy her special achievement.
And so it continues. Nicola is going back to full time training at the end of March on the road to the Tokyo Olympics 2020.

It seems I have acquired a role for the foreseeable future that I am neither qualified in nor have the necessary contacts but feel quite proud that I have hopefully done a reasonable job of representing Nicola and the hockey world in my own way.

My views on Sport….

So to any parent out there. Sport is the one subject you can learn many life skills. Communication, support, time management, coordination, self awareness, leadership, I could go on, as well as keeping active and healthy. Let your children find something they love and give them the opportunity and support.

There is nothing more rewarding as a parent to see your children having fun and watch them grow as a person and who knows where it may lead.  My own fitness took a back seat with my work load since Rio and again I am no fitness expert I just do what I feel to keep healthy but I am now getting back to some running and gym work. I have also recently started doing Pilates after being introduced to it by Deb at ZAAZEE.

When we first met it was really interesting for Nicola to hear about manufacturing a line, as it is something Nicola had expressed an interest in. When we met, Deborah being a sports fan was keen to hear about the Olympics and we were keen to learn what it was like to start a brand. Since meeting a few times, we have both have become a fan of her and ZAAZEE it’s great quality and comfortable to wear.

If you want to get involved go to the England hockey website for information on how to find your local club. In Nicola’s hometown of Oldham over 50 new members have come down to try out hockey. They now have a men’s team for the first time and have taken on two extra junior coaches to deal with the number of youngsters that want to play. How amazing that Nicola and Great Britain hockey girls has had such an influence in encouraging all ages to pick up a stick.

So that’s the end of my first ever blog. A mum’s perspective of Olympic success, in time for Mother’s Day. Hope you have enjoyed the read. 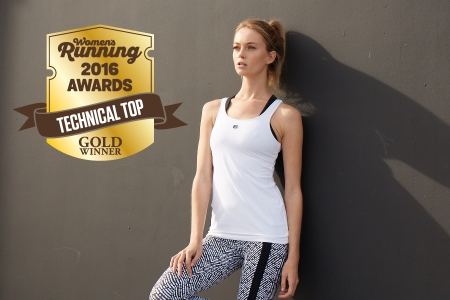